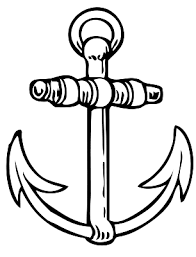 The following practical ideas for improvisation activities arose from a group discussion at an organisational theatre workshop. I still find them very relevant for activity design today…
The question put to the group was: How do we avoid improvisations going completely off into chaos and “over the top” to the point of confusion?
We played with the use of “anchors” where one character in the improvisation plays a straight-laced, serious role and is quite naturalistic in style.
This character serves as an anchor, a steady, consistent point, around which the “satellite” improvisation can take place. He never changes character, and possibly even sticks to his narrative right through the scene. When the piece is getting too chaotic or losing its way too much, the actors can reconnect with the anchor, or the anchor person can “reign things in” a bit. They may look to him/her or he may take a lead. The anchor could also be an object or even a specific event or topic of conversation. The anchor acts as a way of rooting the scene and the performers to a particular place. They feel the “pull” of the anchor, rooted in its place and it re-focuses the group, moving away from divergence towards chaos, back towards convergence.
This worked well in the improvisations we tried. The secret seems to be to allow the anchor to be a quiet influence in the group, not a structural straitjacket!
In a way the anchor serves the role of a constructive, and helpful “yes, but” or even a “no, and”, depending on how strongly and quickly the group reverts to it, or “converges” upon it. Examples of anchors in scenes might be:
– a person with a problem (we can keep returning to the problem and the need to solve it)
– a person with an unchanging emotional state. (She’s still angry and we keep coming back to her)
– an authority figure such as a headmaster (who is an anchor whenever they shout “Silence!” and gain the attention of the group)
– a knock at the door (brining the attention of the whole group to finding out who is there)
Anchors can be used to rescue improvised scenes that are going out of control. The facilitator can enter a scene and assume an anchor role at any point simply by remaining constant and being a more fixed point in a scene that is changing too much and too fast.
Anchors can be discussed in the wider context of organisational life. When are anchors in business processes useful and helpful and when do they stifle and hinder? A ground rule such as “no one speaking over anyone else in a meeting” could be useful and aid conversation flow. But a rule such as “all conversation goes through the chairperson” could stifle creativity and flow. Some rules can be useful anchors in some situations and not in others depending on the urgency, the intimacy of the group, and the need of the situation.
(Notes from an Improvisation Workshop in Copenhagen March 2005)

Buy The Poetry of Change

Dip into the most recently added writings

Book a Course or Workshop